Widely spread story about a battle between a god of thunder and a demonic shape creature which one can find prominent faith in many traditions troughout the world, seems to has Indo-European roots.

For evidently clear cut example, this could be Vala, the enemy of the Vedic thunder god Indra and Latvian Velns, Lithuanian Vėlinas, a devil of Baltic mythology and enemy of the Baltic thunder-god Perkūnas or Slavic Veles with, Perun respectively.

Vala, meaning “enclosure” in Vedic Sanskrit, may be a demon but according to Rigveda, Vala is a stone cave, split by Indra, to liberate the Dawn —cows and Ushas, hidden there by the Panis.

The Panis (Sanskrit: पणि : ) are a class of demons in the Rigveda, and “rocky treasure-chest” of the Panis is identical to Vala.

Eventually, the word pani is also applied in the Rig Veda to human beings, even in one hymn Indra himself is addressed as “pani” and in Buddhism eventually becomes Vajrapani.

Beside that, pani especially mentioned by graeco-roman authors as foreigners in context of equation. The oldest possible references of the subject, also appears tracing back to it’s origin, in regarding to Roman Vulcānus. 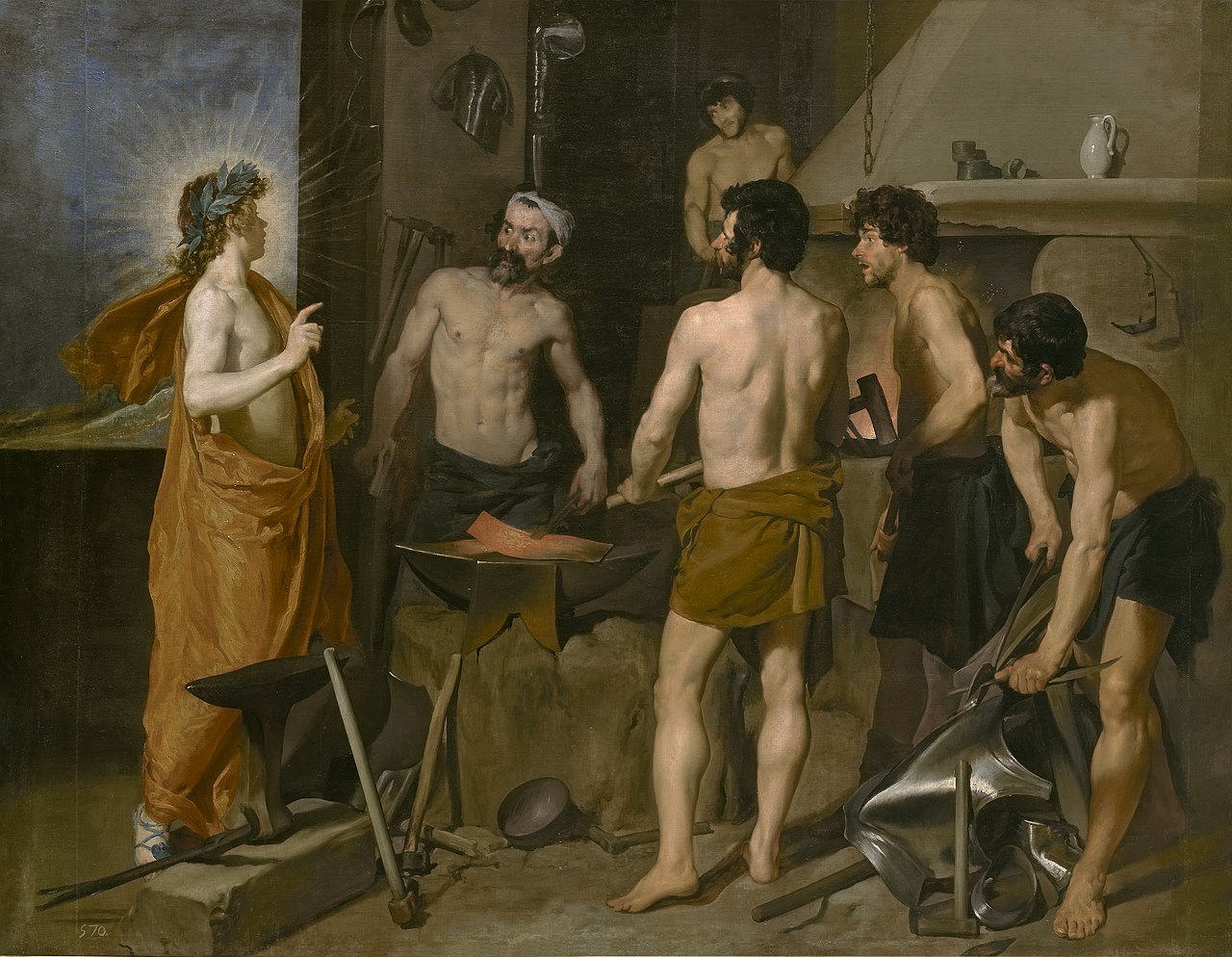 Italian filologist and archeologist Giampietro Secchi, also with G. Capdeville both, made a perception about ethymology of Roman god name from ancient Minoan, underworld and nature overlord, Velhanus.

“Ϝελχανός means simply “god of the Willow-tree”, being, in fact, akin to the English word willow”. Card: V The Hierophant – from The Paulina Tarot by Paulina Cassidy.

Vulcanus for the Romans or Hephaestus for the Greeks, protector of the blacksmiths and the craftsmen, respectively reminds us the great character of legendary master blacksmith from Old Norse sources.

Wayland the Smith is commonly known along the Scandinavian, English and Germanic folklore.

According to one of countless stories throughout Old North Europe, Wayland was captured and forced to work in the king’s smithy, lamed to prevent his escape. In revenge, he killed enslaver’s two young sons and made drinking bowls from their skulls, which he sent to their father. He also raped their sister, when she brought a gold ring to be mended, and then he escaped by magical flight through the air. Archaic Ukrainian word volhov, that is a cognate of Old Norse völva, obviously derived from god’s name, in some Slavic languages still means sorcerer while in the 12th century Ruthenian epic The Tale of Igor’s Campaign, the character of Boyan the wizard is called Veles’ grandson.

Veles was also believed to be protector of travelling musicians. For instance, according to Vitomir Belaj, in some wedding ceremonies of northern Croatia, which continued up to the 20th century, the music would not start playing unless the bridegroom, when making a toast, spilled some of the wine on the ground, preferably over the roots of the nearest tree. The symbolism of beholden custom through the ages means that the musicians will not sing until a toast is made to their patron deity.