Moon god: from Ancient Mesopotamia to Egypt and Scandinavia

Making the sharp distinction between sexes of ancient gods nowadays, we have almost forgot the unseen.

We have been used to take most common beliefs as granted. 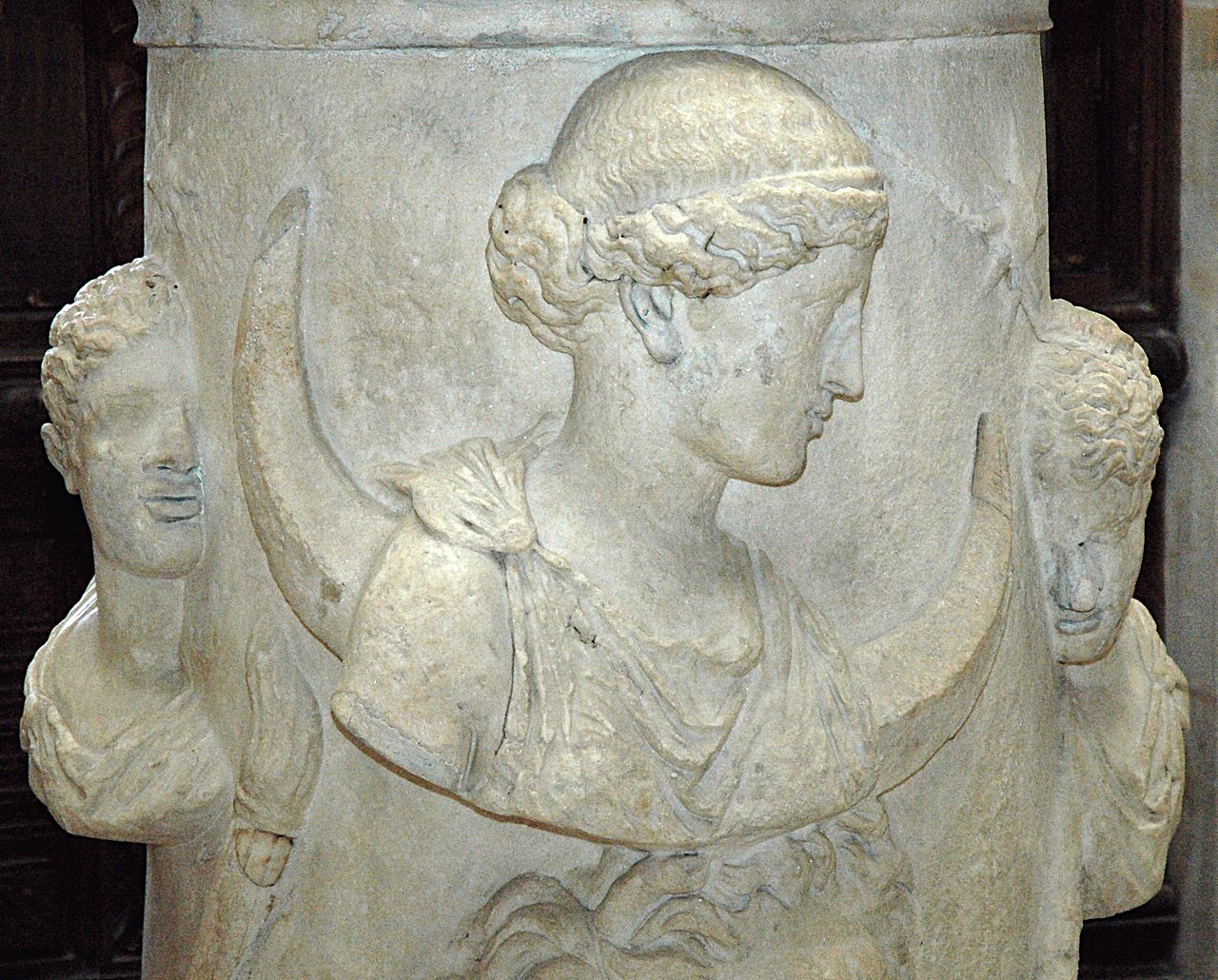 Selene from an altar piece, flanked by either the Dioscuri, or by Phosphorus and Hesperus [Source].

For example, it’s probably hard to imagine another look for the moon personification, than as well known female goddess character appearance. 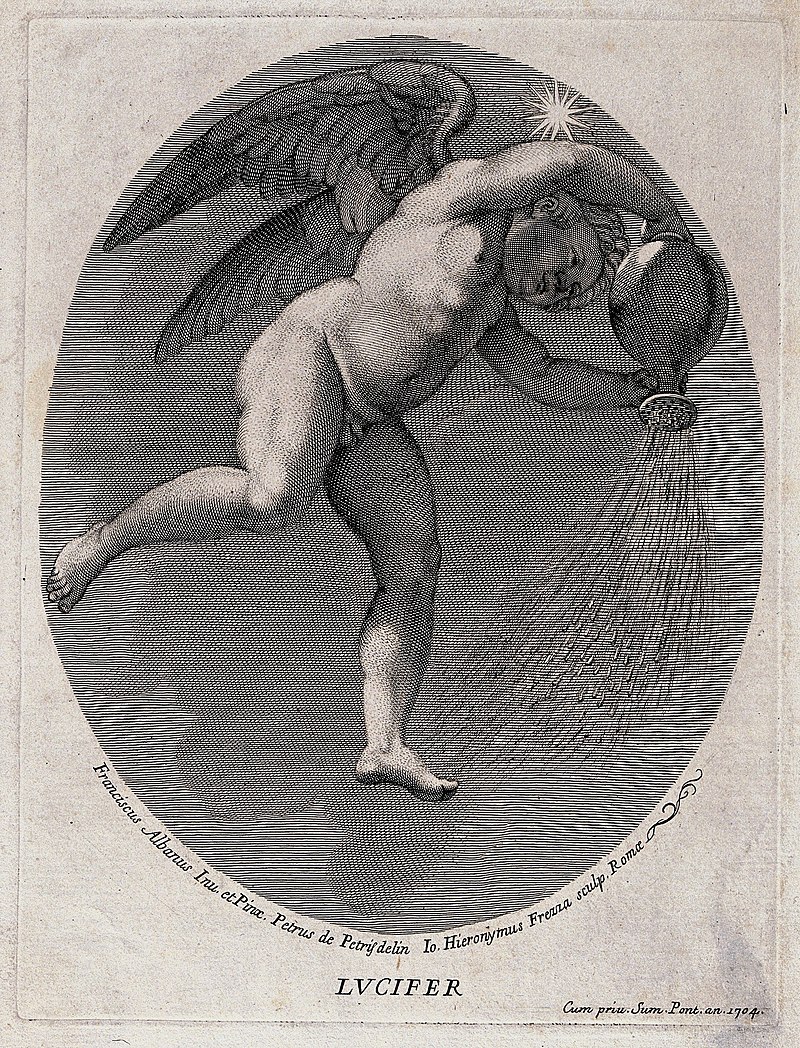 However, it is exactly not the case. At least for ukrainian language where a noun for the Moon has it’s strong masculine genus.

Hesperus as Personification of the Evening Star by Anton Raphael Mengs 1765 [Source].

Notably that, there is goddess of the Sun and god of the Moon even in modernly reconstructed Proto-Indo-European pantheon.

Designated as En-zu, which means “lord of wisdom”, Akkadian and Babylonian moon god Sin was naturally regarded as the father of gods.

Astronomy and astrology were hidden in Moon’s lamp prophetic wisdom which illuminated the darkness on the paths to unknown. 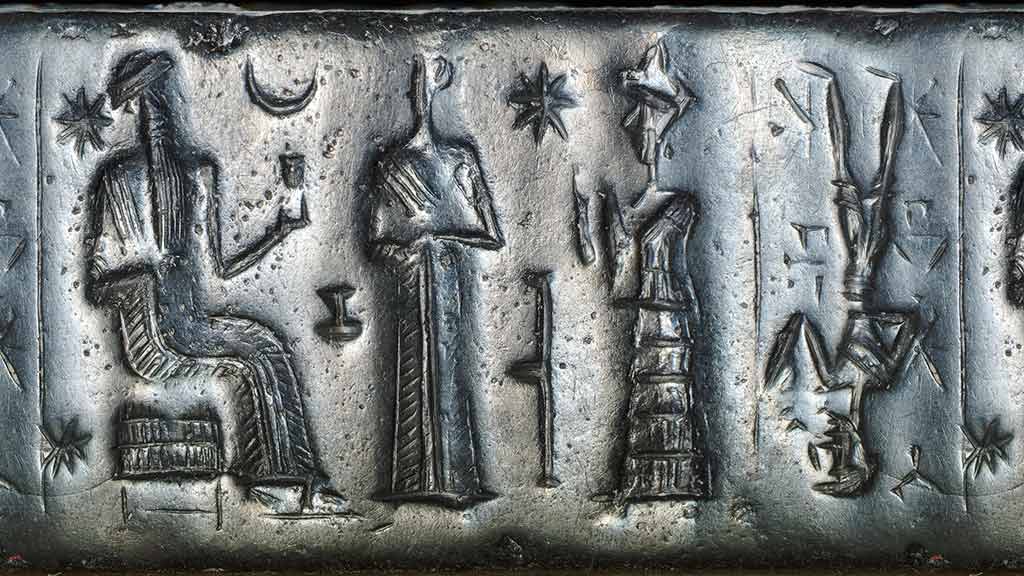 Most likely, Sin derives from Sumerian son of Enlil and Ninlil — Nanna, which probably later became identified with the Semitic Sīn and pre-Islamic god of the moon, worshipped in Hadhramaut. 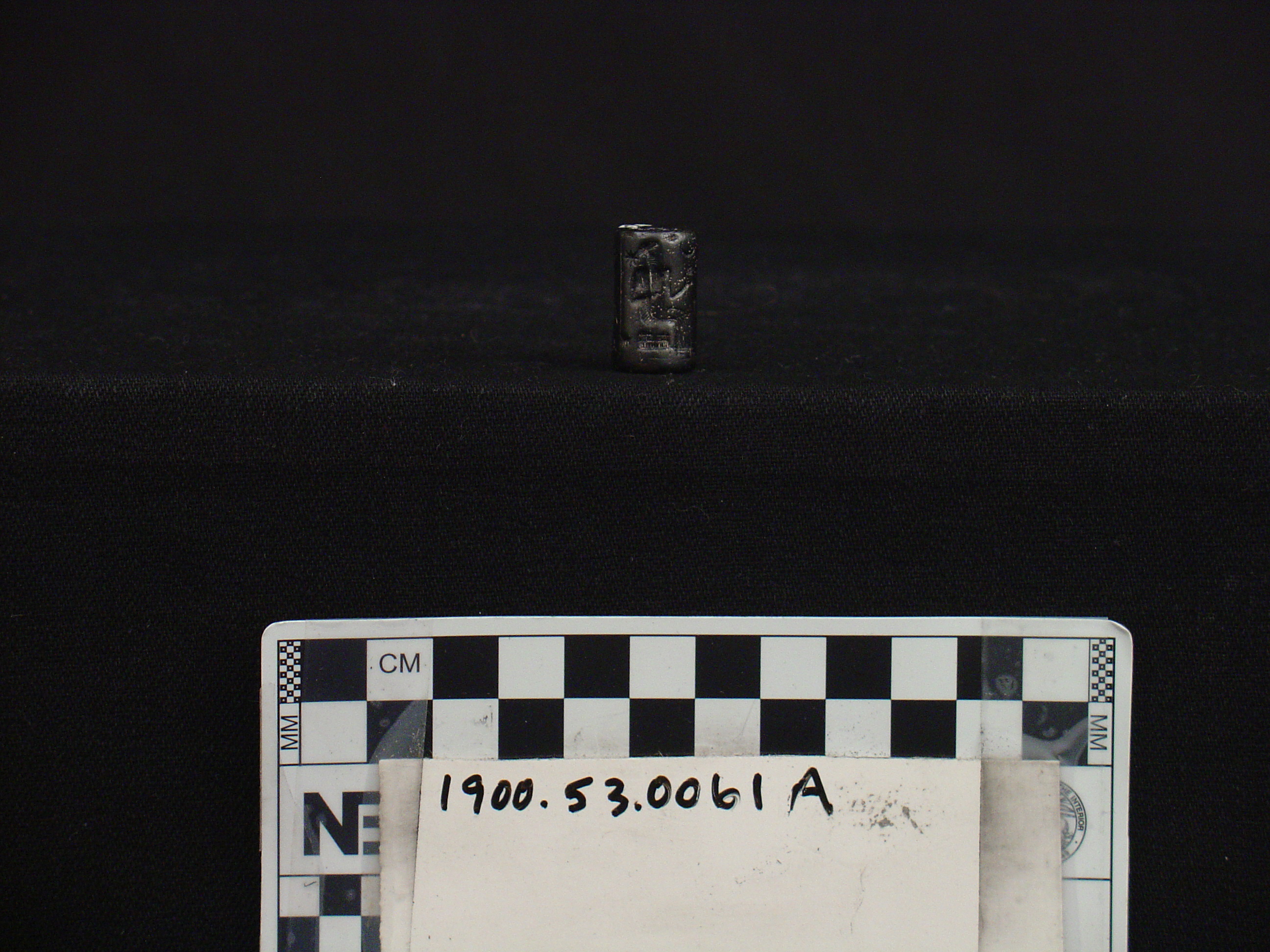 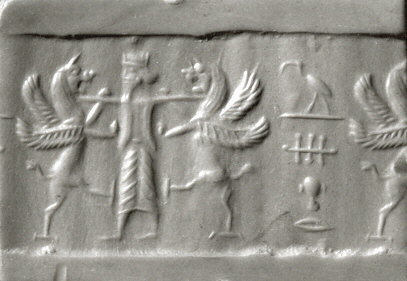 Modern impression of an Achaemenid cylinder seal from Iran, with king holding two lion griffins at bay and Egyptian hieroglyphs reading “Thoth is a protection over me”. Circa 6th–5th century BC. [Source]

In addition to that, the solar “civic calendar” that was used in ancient Egypt showed traces of its origin in the earlier lunar calendar, which continued to be used alongside it for religious and agricultural purposes.

Khonsu, an ancient Egyptian god depicted as a mummiform child with a moon disk on his head. In this form, he is distinguished from Ptah by presence of a necklace and the shape of its keyhole-shaped pendent, the curved false beard rather than a square one, the presence of the moon-disk on his head, the sidelock of youth, and the crook and fail he holds. Khonsu could also be depicted as a hawk headed man wearing the same moon-disk. [Source]

Greek remnants of male moon god through egyptian heritage can be also seen in the husband of Helen of Troy — Menelaus, as the goddes of the dawn Eos according to Greek mythology, is the mother of Memnon and Agamemnon. As mentioned by Homer, Menelaus was elder brother of Agamemnon, king of Mycenae. 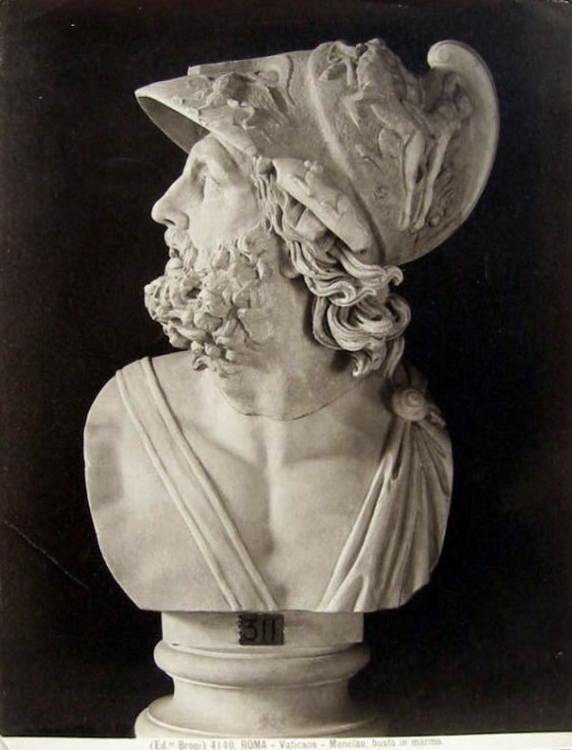 Finally, moon god Máni appears in the Poetic Edda, as the personification of the Moon in the North mythology.

One comment on “Moon god: from Ancient Mesopotamia to Egypt and Scandinavia”